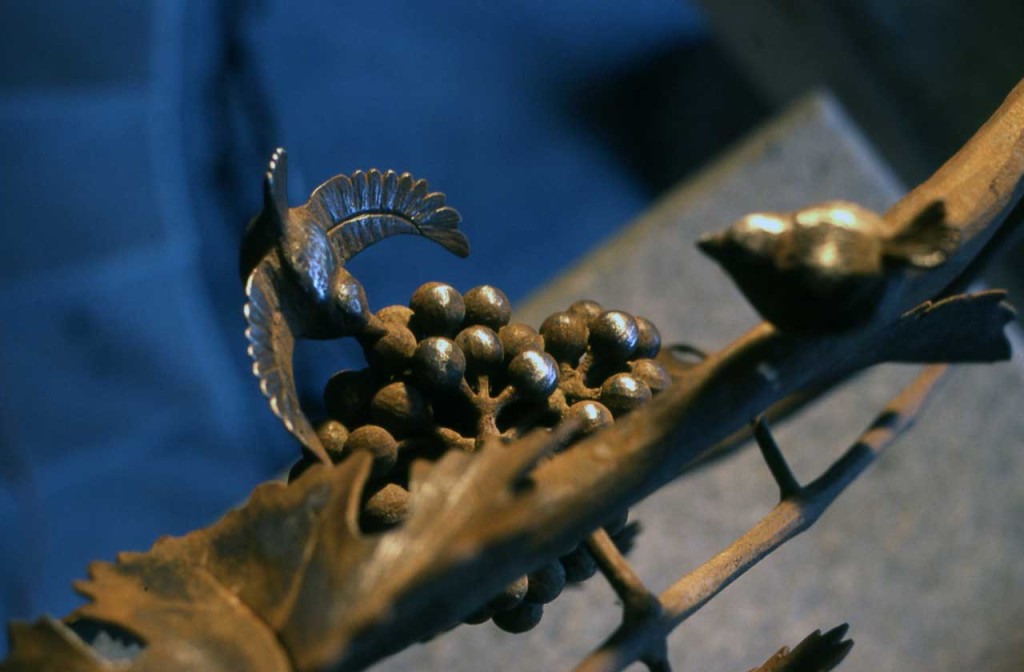 Historically, wrought iron has been an important element in architecture through every period of mankind. In recent centuries, many master blacksmiths and their inspired works have gone unrecognized. This is unfortunate, as these talented and dedicated craftsmen add beauty and artistry to both the interior and exterior of our homes and public buildings that will last for generations to enjoy.

With our passion for iron works, we love discovering and learning about wrought iron artisans and their art from around the world. Today, we wanted to share with you the Scarsi family, Italian blacksmiths, whose work encompasses classical wrought iron styles as well as their own signature modern interpretations and innovations, always with “harmony within context” in mind.

Like many blacksmiths, the Scarsi’s inherited their trade from their father and his father before him. Born in 1915 in Mantovana, Italy, Bernardo Scarsi began working in his father’s blacksmith workshop when he was very young. Later, in the midst of the Second World War, during a two year period as an Eastern Germany prisoner of war, he had the opportunity to refine his craftsmanship while working in a workshop under the tutelage of a highly experienced blacksmith, Raw August. 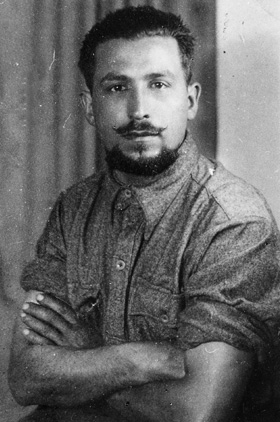 Bernardo opened his own blacksmith workshop in 1945 and would later share it with his three sons. After his death in 1995, Gino, Serafino, and Ivano have carried on the iron working tradition through their father’s company, Scarsi Bernardo s.n.c. in Canale d’Alba (cn), Italy. 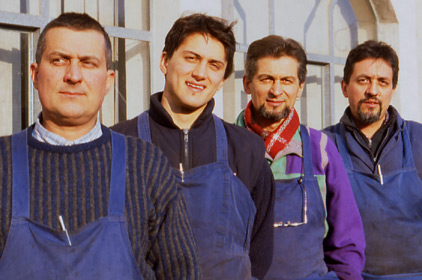 Today, the Scarsi brothers are joined by Emiliano, Gino’s son. Together, they create “wrought iron artworks” in both classical and modern styles. In their work, they embrace all aspects of the trade: practical, painstaking ironworks; carefully studied and designed ironworks; and refined artworks. Their range of works include: intricate and expansive gates; highly original, and often thematic, stair railings; beautiful designs for the home’s interior; and impressive sculpture created to communicate non-violence and social issues.

Below we’ve shared striking images of the Scarsi’s in the workshop, their forging process and their inspired iron works.  To learn more about the Scarsi’s and see more of their work visit them on their website, scarsibernardo.com and on their facebook page. 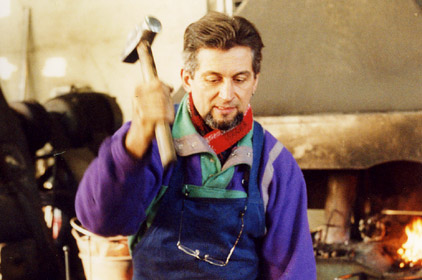 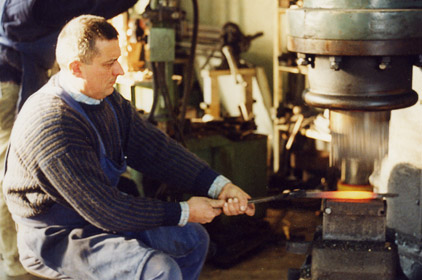 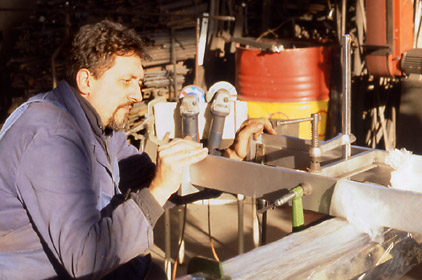 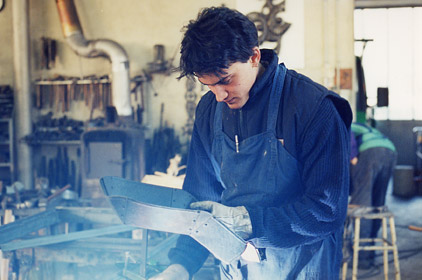 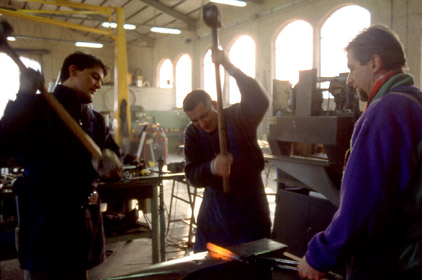 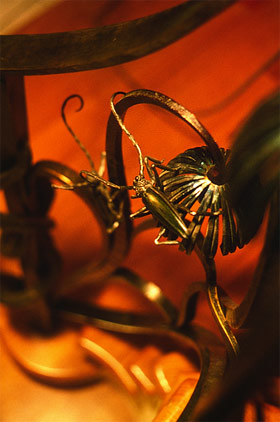 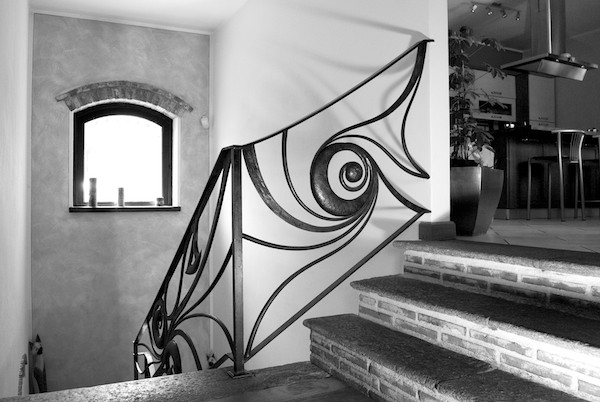 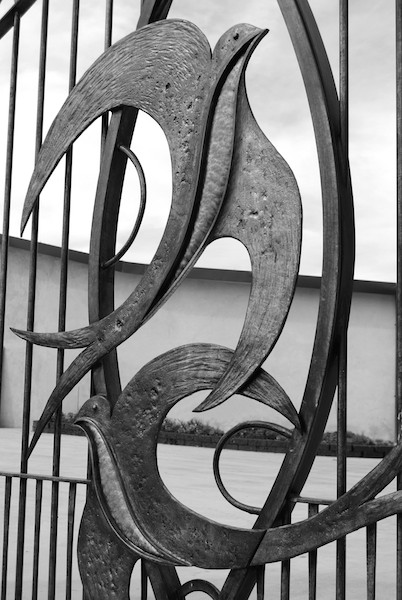 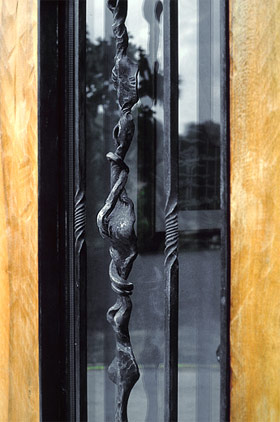 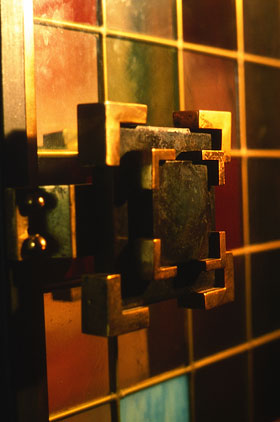 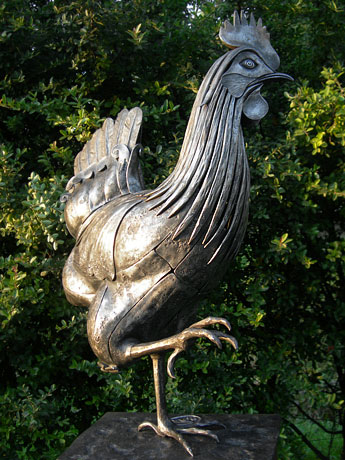 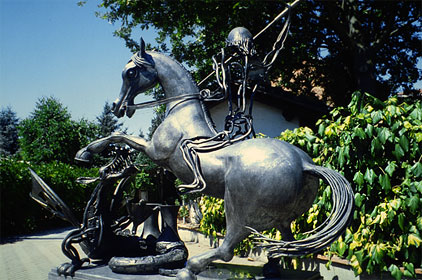 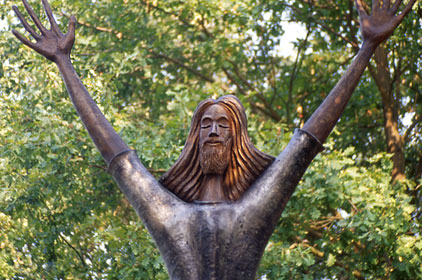 Christ of the Rocche 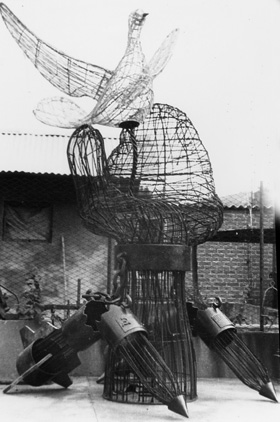 Sculpture against all missiles

“Iron is one of the less used materials in sculpture. The main reasons are probably two: the difficulty in working the material and the fact that it is easily attached by rust in outdoors. Besides, art schools and Academies usually don’t teach how to forge and work iron. So, choosing to be an iron sculptor is very unusual, unless under particular circumstances…In the case of the Scarsi Bernardo family workshop, and in particular for one of the brothers, Gino, there is an additional motivation for making sculptures, besides an incessant artistic research: a great commitment for non-violence themes, with the aim of communicating social issues.”–scarsibernardo.com