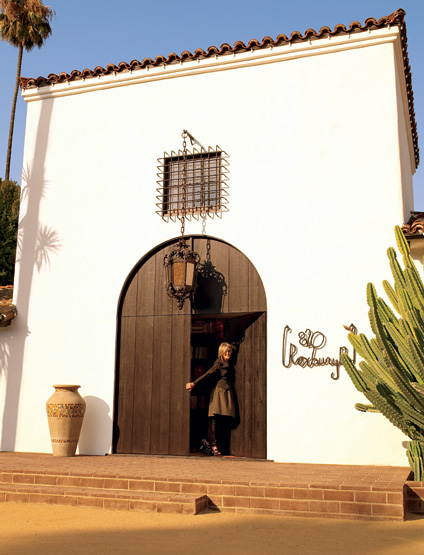 From Jason Statham’s $11 million Spanish style compound to Diane Keaton’s renovated $10.95 million Spanish Colonial Revival mansion, celebs in L.A. love their wrought iron infused Spanish homes. Celebrities aren’t the only ones, many other wealthy SoCal residents are taken with the architecture of Spain and own homes in the Spanish Colonial Revival style, especially those built in the 20s and 30s. If you’re wanting to find some examples of similar homes within LA, perhaps have a look at the options available with the likes of these Rancho Palos Verdes homes or others that could interest you.

Palisades Post’s Libby Motika recently explored the history behind the great Spanish architecture of Southern California. She says, “The romance and mythology of Spain found a powerful expression in the residential architecture of Southern California in the early 20th century. The style captured the imagination of mostly wealthy Americans, many who traveled widely and were enthralled with the clean simplicity of the design, the light and the natural materials of the Mediterranean world. These romantics christened their residences with names like Villa Primavera, El Castillo del Lago or El Sue’o del Halcon del Mar (The Seahawk’s Dream) that evoked the sensual aesthetic of Spain and Mexico.”

Below are a few glimpses into the Spanish style homes of Hollywood celebrities, while each has similar architectural elements, the interior design is both personal and unique. 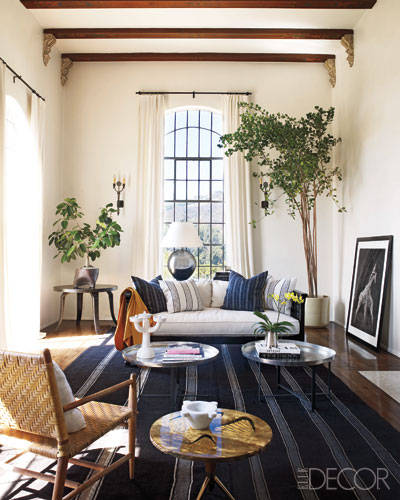 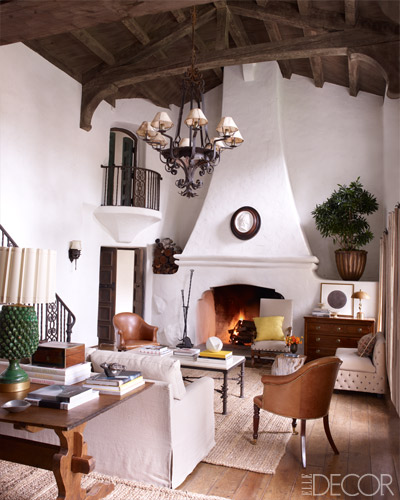 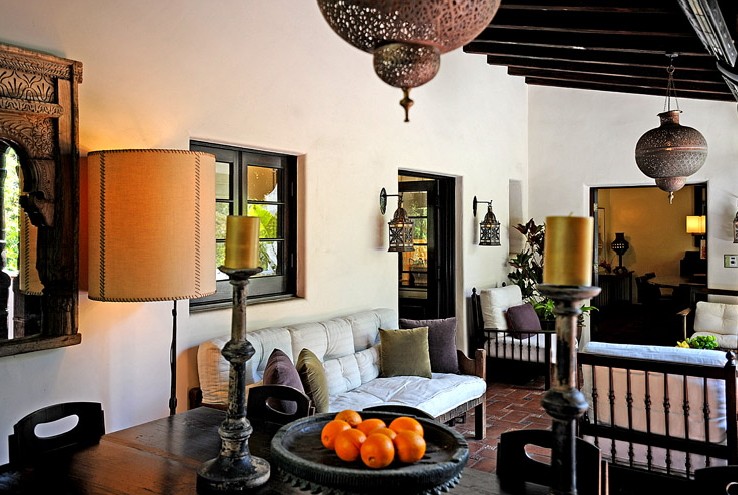 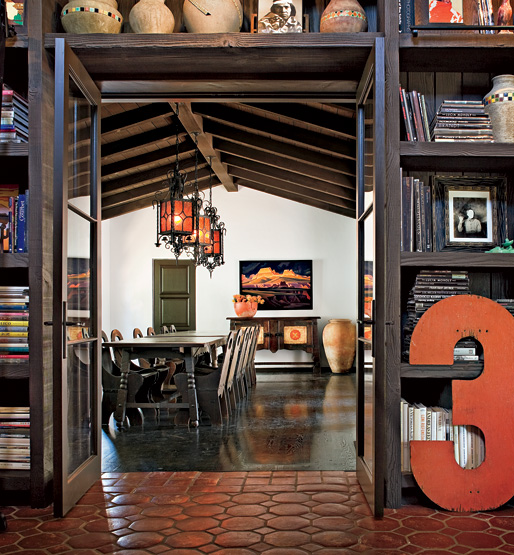 Diane Keaton renovated this stunning Spanish Colonial Revival Beverly Hills mansion, but it has been home to many famous celebs including Betty Grable, Madonna and Fred Cohen.

Montika ends her story, “It’s astonishing that given the impact the Spanish Colonial Revival architecture has had on the Southern California lifestyle, that the period of the greatest imagination in design and building was a brief 15 to 20 years, the Depression ending it all.”

What Southern Californians are left with is a distinctive, rich and profound history of fine European architecture to enjoy for generations to come.

Further Reading with The California Casa by Douglas Woods

“The Spanish style in architecture encompasses facets from a vast array of traditions, many of which are in evidence in these extraordinary houses. Elements include thickset, whitewashed stucco walls, deeply recessed doors, lushly planted courtyard gardens, intricate and colorful tile work, telescoping towers inset with Juliet balconies, elaborately traced wrought-iron window grilles, and richly appointed interiors heightened by drama in light and shadow cast by moody pendant lamps and low-burning fires.”–buy on Amazon.com